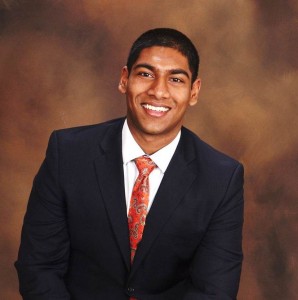 “I am a Survivor. My childhood is an unreal story of real life experiences. It all began in 2006 with my parents’ divorce. The first of many cracks in the perfect image of life I had as a child. In 2008, I was 12 years old, lived with my dad and was really happy, two grades ahead at Stanford Online High School, excelling in chess and music.

In 2008, the judge in my parents’ divorce required me to see a “reunification therapist” who was tasked with reunifying me with my biological mother. She wrote a false report claiming that my father was abusive, when in reality, he was not, and the Placer County Superior Court adopted her recommendation in its entirety in an ex parte setting. The Commissioner handling my parents’ divorce, Commissioner Dirk Amara, stated that the reunification therapist was a “renowned psychologist” and an expert in “Parental Alienation Syndrome” when in reality she was not licensed by the California Board of Psychology. I met with this therapist two times prior to her false recommendations to the court, and both meetings were spent arguing about her qualifications.

It was 10:00 A.M. on February 20th, 2009, when three police officers entered my home. They told me that I could not live with my family anymore. I stood my ground and was handcuffed, then forcefully dragged out. I was then taken to Sutter Center for Psychiatry and met teenagers struggling with drug addiction and thoughts of suicide. I was a stranger to this world. I laid there in that bed with the dulled edges and cried. I physically felt crushed by the weight of my despair. I was forced to live with my biological mother even though my father had raised me. While my Dad pursued relief in the California Appellate courts, the California Supreme Court and even the U.S. Supreme Court, I waited, hoping for freedom. The hearings continued in Placer County Superior Court for years with Judge Kearney, Judge McElhaney and others who continued to delay, deflect and deny justice.

By the time I turned fourteen, I realized that I could wait no longer. I began to expose the truth of my situation with letters and videos that were reported in the Sacramento media and were followed by government investigations and accusations against the therapist by the California Attorney General.

One day I was awoken at 5 A.M. by two large men sent by my biological mother. Threatening to use physical force if I didn’t comply, they drove me to a wilderness program in Utah. I was given a red jumpsuit and driven into the center of the desert. I was put alongside teenagers struggling with addiction, and I was given a wooden stick for a spoon, along with a bag of uncooked rice and lentils. For the next 60 days, I hiked at least five miles a day with a 50-pound pack on my back. After 60 days without a shower, a decent meal, or contact with the rest of the world, I came out of the program a very different looking person. 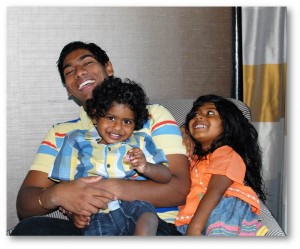 Aside from losing forty pounds, the program did not change my determination to see my family again. I did not believe that my desire to be with my Dad was so ridiculous that it required two months living like an animal as a consequence. My experience in the wilderness program was life-changing. Words cannot describe how out of place I felt. The adjustment from normal civilized life was a difficult one. My survival instincts kicked in. Every day was not about material things. There comes a time when the physical exhaustion and mental pressure of being trapped in the wild becomes too much to bear. The feeling of giving up came into my mind countless times.

At one point, I had begun to accept that I would never see my Dad again. I remember one day as I was hiking up a hill, I looked to the left and saw four wild mustangs running across the hill. They were truly majestic, and something about them spurred a fire in me. They were free. They were with their families. I realized that to accept defeat and accept separation from my family would be going against my very nature as a human. This was not something I would let happen. So, after two months of not sleeping on a bed, not showering and having little to eat but rice and lentils, I emerged with just as much vigor to see my Dad as I had felt before.

I was held for the next 18 months at a therapeutic boarding school in Virginia called Carlbrook School and was not allowed any contact with the outside world. Afterwards, I attended Cushing Academy near Boston.

My Dad finally prevailed in the California Appellate courts with a reversal of Judge Kearney’s rulings, I was finally able to testify, and the therapist’s reports were discredited. After four years of no contact, I was finally able to visit with my father in the spring of 2013. Then Judge Charles Wachob was assigned to manage my parents’ case and he ruled that the last four years of my nightmare was not a “changed circumstance” that warranted a change of custody for me and my younger brother Sujay to live with my Dad. 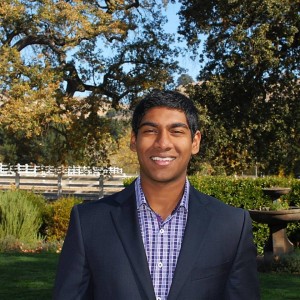 I convinced myself that the only way to free myself from this incompetent family court was to get emancipated. I rejoined Stanford Online High School as a senior, joined a startup company last summer, and got a place to live in Santa Clara County. I was officially emancipated in the County of Santa Clara on November 15th, 2013. I am a straight “A” senior taking University and AP courses at Stanford OHS, and I have applied to a few good colleges. Through these painful times, I have become more resilient and driven. I face every day with the confidence that I have overcome much worse, and regardless of what pushes me down, I can always get back up. This drive and resilience not only defines me, but it also defines what I bring to the people around me.

To other kids in my situation, like my brother Sujay, I want to say, ‘Don’t give up hope. Trust that the parent they took you away from is fighting to get you back. If you keep speaking the truth, justice will prevail.’

In my most recent letter to Judge Charles D. Wachob of Placer County Superior Court, I asked him a basic question- ‘Why did this happen to me?’ and I have received no answers. Why would the family court, which is meant to assist people and follow certain evidentiary standards continue to cover up past mistakes rather than make necessary reforms? The family court system is broken and it needs to be fixed now.”

Sample Videos & Letter from Suraj to His Dad

See Articles Below for more on this Therapist: