You are here: Home / Media Advocacy / Kids of Divorce Speak Out / Jennifer Collins, Executive Director of the Courageous Kids Network 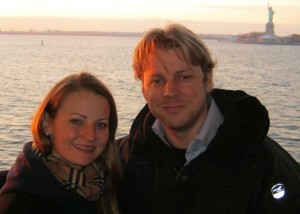 Jennifer & her brother Zachary are safely back home in the U.S.

My father was extremely abusive. He beat me, kicked me, and fractured my brother’s skull by repeatedly slamming him into a wall. He beat our pregnant mother so severely that he put her in the hospital several times during the first month they were married. He even testified in court that he broke her nose 3 times and dislocated her shoulder while my brother and I watched in horror. There is no doubt here! These are his very own words! He admitted it under oath and he even told our family priest that he was beating my mother and my brother and asked for help for his “anger problem.”

But something went terribly wrong in the family court room. The judge didn’t understand why my mother was still so afraid of our father, since they had been separated for two years. He admitted that he just didn’t get why our mother was “shaking like a little bird.” He knew our father was abusive. He found it in his order! Yet in open court, he looked directly at our young mother and said, “It’s about time you get over the abuse!” Then he reversed custody and handed us over to a known abuser. How is this possible? The judge never spoke with me or my brother, yet his decision ruined our lives.

Don’t miss the award-winning documentary No Way Out But One that chronicles the incredible saga of Jennifer’s family as they fled the U.S. family courts and were granted asylum in the Netherlands.

We were ripped out of the arms of our loving mother and handed over to the man who was beating us! To make it even worse, we were denied all contact with our mother; no visits, no phone calls, not even letters. We loved our Mom so much and suddenly she was just gone. Our inner core was shaken when our father told us that she didn’t want us anymore. We were devastated, and we are still haunted and damaged from this trauma. The abuse continued. We told the guardian ad litem and other court officers that our father was still hurting us. We even showed them the bruises, but they covered it up. Eventually, we were allowed to have supervised visits with our mother. We begged her to rescue us, and after 18 months and 8 days, she did just that. 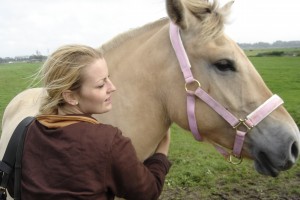 We fled the United States without any identification. During a layover in Amsterdam, we were arrested for not having passports. We were put in jail together, and at a hearing, we were permitted to apply for refugee status. We spent three long years in refugee centers, and the Immigration Department fought our request. They didn’t want to be inundated with American refugees. During our asylum hearing, the tribunal of judges asked to speak with the children. This was the first time a judge ever met with us. They asked us exactly what happened to us in America and they listened to our answers. 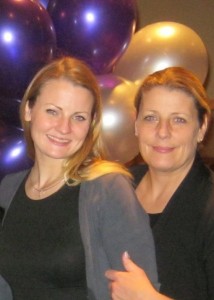 We were granted asylum and remained hidden and protected in The Netherlands for 17 years. The FBI eventually found us, and when all of the kidnapping charges against our mother were dismissed, we returned to the United States. I am saddened to see that the family court system seems even worse now than it was. I have been contacted by hundreds of children and battered mothers begging for my help. I don’t know how to help them. I realize how lucky we were that a little country like Holland had the nerve to stand up to the United States of America to protect two little kids who weren’t protected in their own country. I will be forever be grateful for that.

To learn more about the Courageous Kids Network click here.