You are here: Home / About Us / CJE Board of Directors

CJE was founded in April 2006 by a group of concerned Marin County residents who believed that community involvement will strengthen our judiciary. What began as a small, informal discussion with a handful of people has grown into an effective public education and advocacy organization that helps provide a voice for abused children and protective parents at the local, state and national levels. 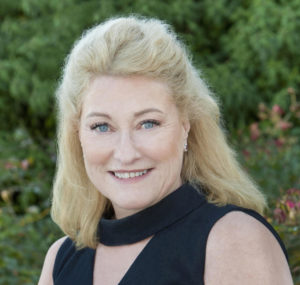 Patti’s connections and roots in Marin County are deep and wide. As a top-producing real estate broker here for 30 years, she is well-connected and dynamic and has been donating time, resources, and money to charitable causes for three decades. A resident of Ross for 25 years, she has given back in that community as well as sponsoring African girls to college and building homes in Guatemala, along with championing many other causes. Learning about the profound difference CJE/Kathleen Russell makes in the world inspires her enthusiasm and commitment to the organization.

Stephen Burdo brings many years of nonprofit management and strategic consulting experience to the CJE Board. He served as a key consultant to CJE for eight years and was instrumental in the development of the organization’s bylaws, in many of our public policy wins, and in our fundraising efforts from 2007 – 2015.  Stephen joined the Board in 2018 and now works as a Public Information Officer at Contra Costa County. 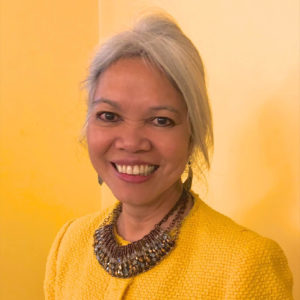 Marivic Mabanag is the Executive Director of Broadview, a center for spiritual healing in Los Angeles. As a nationally recognized policy leader, activist and social entrepreneur, she has served on the staff of four Mayors, as the Chief Executive of the California State Domestic Violence Coalition, and she has started programs for homeless young women and worked on statewide youth violence prevention initiatives.

Originally from the Philippines, Marivic Mabanag came to the U.S. when she received a scholarship to Wellesley College in Massachusetts and where she was selected as the Commencement Speaker.

Marivic is the Co-Founder of the Filipino-American Democratic Caucus of the California Democratic Party. She continues to be involved in various national initiatives for the empowerment of minorities, women and youth. 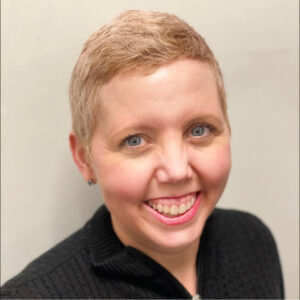 Katie has contributed attorney and judicial profiles for San Francisco Attorney, BASF’s quarterly magazine. She has reported on California cases for the Daily Journal, The BASF Bulletin, Legal by the Bay, and Trial Insider. Katie wrote Noe Kids, her monthly column featuring Noe Valley children for The Noe Valley Voice, from 2019 through 2021. In April 2020, she published Urban Playground, her book of interviews with San Francisco children. Katie is currently writing a book of interview-based profiles of women and nonbinary people who surf. 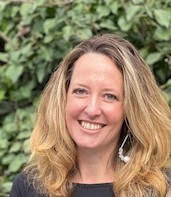 Rayne Thompson is Vice President at Sunkist, one of the largest fresh fruit cooperatives in the World. Rayne has worked on government policy for over 20 years, including as a former Deputy Secretary in the Governor Schwarzenegger Administration and leading an agency at the U.S. Department of Agriculture in the Obama Administration. She has extensive knowledge on policy development, strategy, engagement and public relations.

“The Center for Judicial Excellence (CJE) informs and drives policy changes in the family court system to protect children. Thousands of children in the US are abused each year and too often the family court system protects the abuser perpetuating an endless cycle of child abuse. CJE gives a voice to the voiceless — the children — by providing support and comprehensive analysis and data to help ensure children are protected.”

Barbara Roberts was President, Chief Executive Officer and Chief Financial Officer of Wright Engineered Plastics Inc. for 25 years. Prior to joining Wright, Ms. Roberts was an investment banker, a Chief Financial Officer for a start-up company, and a Senior Manager at Deloitte. Her unique background, as both an Audit and Tax Senior Manager, made her a particularly valuable member of the structuring and due diligence team.

As recognition for the success of her strategic thinking and her leadership positions in numerous engineering and high technology organizations, Ms. Roberts has been written about or quoted in local, regional or national publications. Ms. Roberts is a frequent speaker on topics ranging from manufacturing to entrepreneurship. 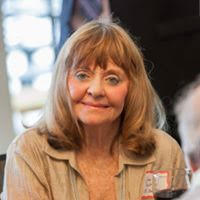 Jean Taylor was a steady and pivotal leader of the Center for Judicial Excellence during the organization’s formative years, serving as our Board President from 2006 through 2016. Jean’s fierce dedication to child safety, to human dignity and to community service was infectious, and her leadership resulted in her receiving the County of Marin’s Martin Luther King Human Rights Award. She was also inducted into the Marin Women’s Hall of Fame. Jean retired from the Board in early 2017 to deal with some health issues, but her legacy lives on in the work we do each and every day. We would not be where we are today without Jean’s steadfast commitment to family court reform.

A few weeks before she was killed, Vera Kisliak … END_OF_DOCUMENT_TOKEN_TO_BE_REPLACED