You are here: Home / News / DE: Judge: Probation for du Pont heir in daughter rape because ‘he would not fare well’ in prison 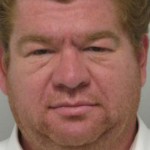 A Superior Court judge who sentenced an heir to the du Pont fortune to probation for raping his 3-year-old daughter wrote in her order that he “will not fare well” in prison and suggested that he needed treatment instead of time behind bars, according to Delaware Online.

Court records show that in Judge Jan Jurden’s sentencing order for Robert H. Richards IV she considered unique circumstances when deciding his punishment for fourth-degree rape. Her observation that prison life would adversely affect Richards confused several criminal justice authorities in Delaware, who said that her view that treatment was a better idea than prison is typically used when sentencing drug addicts, not child rapists. [Read Full Article]

Alabama police, with the help of DNA technology, … END_OF_DOCUMENT_TOKEN_TO_BE_REPLACED

(Murfreesboro, TN) We now have more details about … END_OF_DOCUMENT_TOKEN_TO_BE_REPLACED