Experts in domestic violence have long known that the most dangerous time for a domestic violence victim and her/his children are the days immediately following their separation from their perpetrator, which places family courts worldwide on the front lines of a dangerous and volatile epidemic. 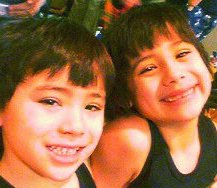 Duncan & Jack Leichtenberg were tragically killed by their father, Michael Connolly, in March 2009. Their mother Amy fought tirelessly to protect her boys and the family court judge did not listen to her.

Over the past decade, the Center for Judicial Excellence has tracked the number of children murdered by a parent when divorce, separation, custody, visitation or child support was mentioned in news coverage. Some of the children listed are murdered before the couple ever stepped foot in court. Others involve a criminal court refusing to grant a restraining order to a parent fearing for a child’s safety. Yet tragically, many of these cases involve a family court knowingly placing kids in harm’s way, a practice that must be documented in order for  child-centered policy reforms to be passed that will protect vulnerable children during this extremely volatile time in their lives.

We believe that if family courts across the country were held accountable for operating as they should – with child safety at the forefront of their decision-making, then many of these murdered children would be alive today.

A Sampling of Children Killed in the U.S. by a Parent when Divorce, Separation, Custody, Visitation, Child Support were Mentioned in News Coverage (2008-2018)

Further Study Is Needed
This initial data set provides a significant opportunity for more in-depth research into these tragic cases. Unlike juvenile court records, most family court files are publicly accessible. Court transcripts often show that judges, attorneys and other court appointees were warned about a parent’s violent criminal history and chose to ignore it before placing victims into unsupervised contact with their violent parent.

Family Court Child Murders Are Not ‘Uniquely’ American
For some context for this American child homicide crisis, we need only cross the pond to the U.K., and to the work of Women’s Aid, the national charity that is working to end domestic abuse against women and children there. The Women’s Aid 2016 report, Nineteen Child Homicides, presents stark evidence that what is happening in the United States is not unique, and that it is, in fact, a crisis that warrants more in-depth study and analysis. This report indicates that 19 children from 12 families had been killed in the past 10 years, and “each of these children had died at the hands of a parent who was a known perpetrator of domestic abuse.”

*If you know of a divorce-related child murder in the U.S. that we have missed, please email info@centerforjudicialexcellence.org.  Help us shine a light on these preventable tragedies. 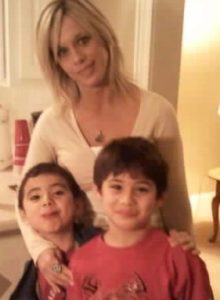 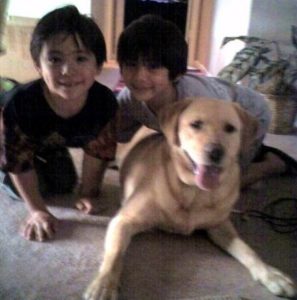 Duncan & Jack Leichtenberg were tragically killed by their father, Michael Connolly, in March 2009.

From the July 29th edition of The Washington … END_OF_DOCUMENT_TOKEN_TO_BE_REPLACED

From the July 22, 2019 edition of the New York … END_OF_DOCUMENT_TOKEN_TO_BE_REPLACED

The Center for Judicial Excellence has been … END_OF_DOCUMENT_TOKEN_TO_BE_REPLACED