From the July 29th edition of The Washington Post: 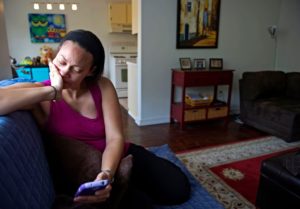 Hera McLeod weeps as she looks at pictures of her deceased son, Prince, in 2013. (Mary F. Calvert/For The Washington Post)

From the article: “…now, a first-of-its-kind study from George Washington University has shed light on how the phenomenon has played out in courts across the country.

“The study, written by professor of clinical law Joan S. Meier, shows that mothers who report abuse — particularly child abuse — are losing child custody at staggering rates. To Meier, the data provides a window into what she considers a parallel to the #MeToo movement.

“Meier called the pattern a ‘complete betrayal of the mission’ of the courts, which are supposed to prioritize the welfare of children.”

Alabama police, with the help of DNA technology, … END_OF_DOCUMENT_TOKEN_TO_BE_REPLACED

(Murfreesboro, TN) We now have more details about … END_OF_DOCUMENT_TOKEN_TO_BE_REPLACED