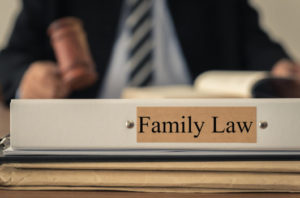 The investigation recommends reforming the nation’s family court system, where some advocacy groups have made headway. Reps. Ted Poe (R-TX) and Carolyn Maloney (D-NY), for example, have introduced a resolution to recognize that “child safety is the first priority in custody and visitation adjudications.” photo: Shutterstock

A report from the investigative news organization 100Reporters throws light on complaints of a parent sexually or physically abusing a child being routinely rejected at family courts around the country.

Karen Gill is undergoing a long, arduous battle to protect her son after a Tennessee court six years ago affirmed a family court ruling to give Darryl Sawyer custody of their 6-and-a-half-year-old son, despite evidence presented by his ex-wife that he had allegedly sexually abused little Daniel.

Three years earlier, a pediatrician had confirmed Gill’s worst fears that the reddish blue bruises on the child’s buttocks after a visit with his father occurred from an adult “holding his buttocks forcibly open.” [Read Full Article]

When I was 16 years old, I was awakened one night … END_OF_DOCUMENT_TOKEN_TO_BE_REPLACED

The Center for Judicial Excellence is thrilled to … END_OF_DOCUMENT_TOKEN_TO_BE_REPLACED