You are here: Home / News / Custody in Crisis: How Family Courts Nationwide Put Children in Danger

Six years ago, in 2010, an appellate court in Tennessee affirmed a family court ruling that had awarded Darryl Sawyer* primary custody of his six-and-a-half-year-old son, Daniel.

The court ruled in favor of Sawyer despite evidence presented by his ex-wife that alleged he had sexually abused their child. 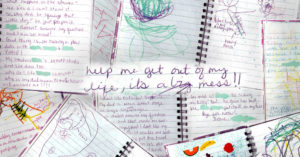 Three years earlier, Daniel returned from a visit with his father with suspicious bruises on his bottom. His mother, Karen Gill, immediately took the three-year-old boy to his pediatrician. “Your instant reaction is that you don’t want it to be what it appears to be,” Gill said, choking back tears at the memory. “You really hope there’s another reason for why he has these marks on him.”

But the doctor, Victoria Rundus, confirmed Gill’s worst fears. Dr. Rundus reported to the Tennessee Department of Children’s Services that she found reddish blue bruises on the child’s buttocks that could only occur from an adult “holding his buttocks forcibly open.” Gill thus began a long, arduous battle – that continues to this day – to protect her son. [Read Full Article]

A seven-year-old boy has died after being … END_OF_DOCUMENT_TOKEN_TO_BE_REPLACED

Alabama police, with the help of DNA technology, … END_OF_DOCUMENT_TOKEN_TO_BE_REPLACED

(Murfreesboro, TN) We now have more details about … END_OF_DOCUMENT_TOKEN_TO_BE_REPLACED