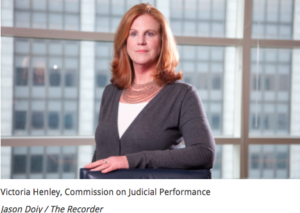 SACRAMENTO — California’s judicial disciplinary agency has filed suit to limit the scope of a pending state audit, arguing that the review violates separation of powers doctrine and threatens the confidentiality of investigations.

The Commission on Judicial Performance is asking a San Francisco Superior Court judge to block state auditor Elaine Howle from reviewing complaints about judges and other internal documents that shed light on how disciplinary decisions are made, according to the petition filed Oct. 20.

The commission argues in its filing that its confidentiality rules stem from the state constitution and trump the auditor’s statutory authority to review private agency information. [Read Full Article]

Alabama police, with the help of DNA technology, … END_OF_DOCUMENT_TOKEN_TO_BE_REPLACED

(Murfreesboro, TN) We now have more details about … END_OF_DOCUMENT_TOKEN_TO_BE_REPLACED