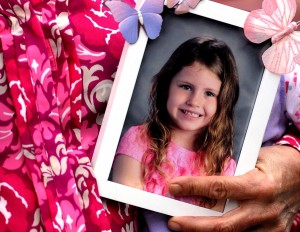 Grandmother Michele Jonchuck holds a photo of Phoebe Jonchuck during a press conference after the funeral for Phoebe. The girl died after being dropped from a bridge in January. JAY CONNER/STAFF

TALLAHASSEE — Barely three months after 5-year-old Phoebe Jonchuck’s father dropped her 60 feet from a bridge into Tampa Bay, lawmakers could soon vote on new legislation aimed at preventing deaths like hers.

What will be considered on the House floor is not a major reform, however, but a fine-tuning of a bill passed last year, also intended to prevent child deaths.

A seven-year-old boy has died after being … END_OF_DOCUMENT_TOKEN_TO_BE_REPLACED

Alabama police, with the help of DNA technology, … END_OF_DOCUMENT_TOKEN_TO_BE_REPLACED

(Murfreesboro, TN) We now have more details about … END_OF_DOCUMENT_TOKEN_TO_BE_REPLACED