You are here: Home / News / Domestic Violence Could Have Raised ‘Red Flag’ In Death 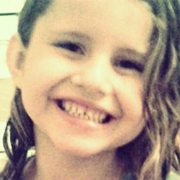 TALLAHASSEE, FLORIDA — Amid an uproar over the death of 5-year-old Phoebe Jonchuck, whose father is accused of dropping her from a bridge into Tampa Bay last month, questions are being raised about whether domestic-violence allegations should have alerted authorities to concerns about the girl’s safety.

Experts say a history of stalking, battery and domestic-violence arrests involving John Jonchuck should have disqualified him as Phoebe’s custodial parent.

“They never should have given the dad custody of this child,” said Linda Osmundson, executive director of Community Action Stops Abuse (CASA), a battered-women’s shelter in St. Petersburg. “It was a preventable death.” [Read Full Article]

A seven-year-old boy has died after being … END_OF_DOCUMENT_TOKEN_TO_BE_REPLACED

Alabama police, with the help of DNA technology, … END_OF_DOCUMENT_TOKEN_TO_BE_REPLACED

(Murfreesboro, TN) We now have more details about … END_OF_DOCUMENT_TOKEN_TO_BE_REPLACED