You are here: Home / News / Child protection in turmoil across the country 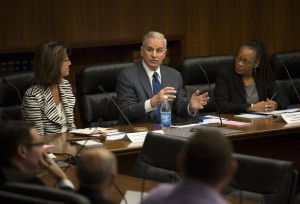 Child protection agencies across the country are grappling with how to repair systems that failed to protect thousands of vulnerable children from repeated abuse.

Since 2012, directors of at least 16 state and county agencies have resigned or been fired. Nine states have passed sweeping reforms designed to protect more children. Those actions often followed public outrage over the deaths of children previously known to child protection agencies. [Read Full Article]

A seven-year-old boy has died after being … END_OF_DOCUMENT_TOKEN_TO_BE_REPLACED

Alabama police, with the help of DNA technology, … END_OF_DOCUMENT_TOKEN_TO_BE_REPLACED

(Murfreesboro, TN) We now have more details about … END_OF_DOCUMENT_TOKEN_TO_BE_REPLACED