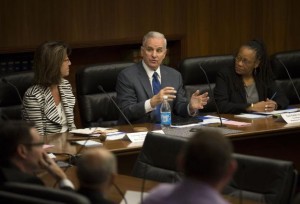 The task force was created by Gov. Mark Dayton last month, in the wake of a Star Tribune report about a 4-year-old Pope County boy who was killed by his stepmother despite repeated warnings to child protection.

Dayton, who appeared at Monday’s meeting, urged the group to respond to the “significant increase in the number and severity of child abuse” with recommendations to the Legislature on how to improve the child protection system, which lawmakers could take up in 2015. [Read Full Article]

Alabama police, with the help of DNA technology, … END_OF_DOCUMENT_TOKEN_TO_BE_REPLACED

(Murfreesboro, TN) We now have more details about … END_OF_DOCUMENT_TOKEN_TO_BE_REPLACED