You are here: Home / News / Federal Judge Accused Of Assaulting His Wife Strikes A Deal To Avoid Charges 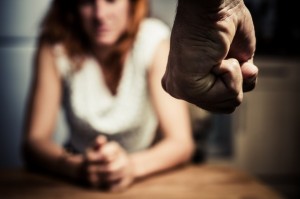 Last month, Federal District Judge Mark Fuller was arrested on misdemeanor battery charges after he allegedly assaulted his wife at the Ritz-Carlton Hotel in Atlanta. Fuller is a George W. Bush-appointee to the United States District Court for the Middle District of Alabama. His wife reportedly had visible cuts at the time of his arrest.

Fuller, however, will almost certainly escape this incident with a clean record. On Friday, Fuller agreed to a plea bargain requiring him to “undergo a once a week family and domestic violence program for 24 weeks.” He will also need to be evaluated to determine if he has a drug or alcohol problem. Once he completes these requirements,the record of his arrest will be expunged. [Read Full Article]

The Center for Judicial Excellence continues to … END_OF_DOCUMENT_TOKEN_TO_BE_REPLACED

In the weeks before Richard A. Zimmer, 48, fatally … END_OF_DOCUMENT_TOKEN_TO_BE_REPLACED

(Houston, TX) Aaron B. Wright has been arrested … END_OF_DOCUMENT_TOKEN_TO_BE_REPLACED