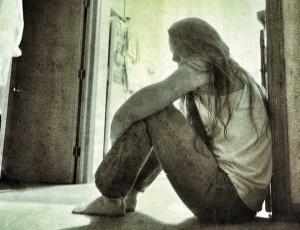 The Eagle began looking into how the DCF reviews cases in February as part of its “In Need of Care” series, which featured a 14-year-old girl who was kept in a windowless locked basement room.BO RADER/PHOTO ILLUSTRATION

Kansas is the only state in the country that requires clear and convincing evidence to substantiate an allegation of child abuse or neglect.

That standard could be putting children at risk, some in the child welfare field say.

When the Kansas Department for Children and Families substantiates abuse or neglect, it places the perpetrator on a registry that bans him or her from living, working or regularly volunteering in a child-care facility – including foster homes – regulated by the state Department of Health and Environment.

No other state requires such a high burden of proof, according to “Child Maltreatment 2012,” a study by the Administration for Children and Families, part of the U.S. Department of Health and Human Services. [Read Full Article]

A seven-year-old boy has died after being … END_OF_DOCUMENT_TOKEN_TO_BE_REPLACED

Alabama police, with the help of DNA technology, … END_OF_DOCUMENT_TOKEN_TO_BE_REPLACED

(Murfreesboro, TN) We now have more details about … END_OF_DOCUMENT_TOKEN_TO_BE_REPLACED