You are here: Home / News / Britain’s Crime of Complicity With the Savile Sex Abuse Scandal 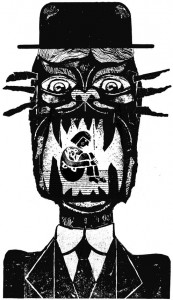 LONDON — THERE is something almost reassuring about the enduring ability of the British establishment to place itself beyond parody. This month, as the government announced an inquiry into historical allegations of child sex abuse by leading political figures, Parliament pushed through a broad surveillance bill with the justification that tapping everybody’s cellphones would, among other things, help the state catch pedophiles.

The Westminster inquiry will investigate not just the rape and assault of children at group homes going back decades but also accusations that child abuse by politicians and other public figures was deliberately covered up or even facilitated by members of the elite. The same Parliament has, it seems, spent 30 years failing to catch the pedophiles in its own house. Before the inquiry was even announced, it emerged that 114 files concerning allegations of abuse against children involving senior political figures had mysteriously disappeared.

The tradition of the British establishment’s looking after its own is only now understood to its full and chilling extent. [Read Full Article]

A seven-year-old boy has died after being … END_OF_DOCUMENT_TOKEN_TO_BE_REPLACED

Alabama police, with the help of DNA technology, … END_OF_DOCUMENT_TOKEN_TO_BE_REPLACED

(Murfreesboro, TN) We now have more details about … END_OF_DOCUMENT_TOKEN_TO_BE_REPLACED