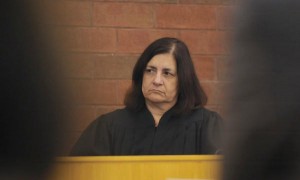 CONNECTICUT, July 22, 2014 — In a hearing yesterday in Hartford Superior Court, accused pedophile rapists Dennis Harasz, 48, and Douglas Wirth, 43, waived their right to a jury trial in favor of a trial before Judge Julia Dewey. This is not surprising given how well things have gone for the defense, now that a GAL affiliated with one of the defense attorneys’ and the judge herself has been appointed onto the case to determine their fate.

Harasz and Wirth are now facing charges for raping some of the nine boys the couple had adopted since 2001, all of whom were removed from their care in 2011 by the Connecticut Department of Children and Families. The couple’s parental rights were also terminated by the Superior Court in 2012, and currently the victims remain in DCF care. [Read Full Article]

A seven-year-old boy has died after being … END_OF_DOCUMENT_TOKEN_TO_BE_REPLACED

Alabama police, with the help of DNA technology, … END_OF_DOCUMENT_TOKEN_TO_BE_REPLACED

(Murfreesboro, TN) We now have more details about … END_OF_DOCUMENT_TOKEN_TO_BE_REPLACED