You are here: Home / News / Two-Parent Households Can Be Lethal 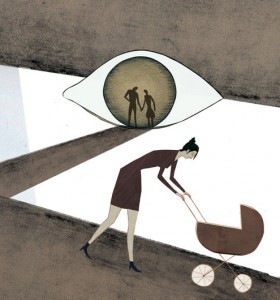 AFTER spending two years studying services for domestic violence survivors, I was surprised to realize that one of the most common barriers to women’s safety was something I had never considered before: the high value our culture places on two-parent families.

I began my research in 2011, the year the Centers for Disease Control and Prevention reported that more than one-third of American women are assaulted by an intimate partner during their lives. I talked to women in communities that ranged from a small rural mining town to a large global city, in police stations, criminal courts, emergency shelters, job placement centers and custody proceedings. I found that almost all of the women with children I interviewed had maintained contact with their abusers. Why? [Read Full Article]

A seven-year-old boy has died after being … END_OF_DOCUMENT_TOKEN_TO_BE_REPLACED

Alabama police, with the help of DNA technology, … END_OF_DOCUMENT_TOKEN_TO_BE_REPLACED

(Murfreesboro, TN) We now have more details about … END_OF_DOCUMENT_TOKEN_TO_BE_REPLACED