You are here: Home / News / Society is breeding violence – inquiry 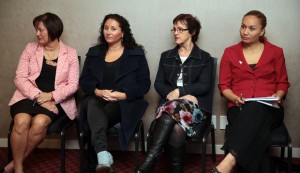 Violence is being bred into the next generation of children, the first part of a major inquiry into child abuse and domestic violence says.

The Glenn Inquiry’s first part, the ‘People’s Report’ released on Monday, points to widespread dysfunction in the courts and broken, poorly resourced and disconnected social services as barriers to dealing with the problem.

The testimony of 500 survivors, frontline workers and offenders was recorded to highlight the depth of the problem and calls for a national strategy.

The inquiry’s chief panellist, Marama Davidson, heard most of the accounts face to face, and said on Monday that children are witnessing violence as though it is normal – meaning it is likely they will commit similar acts later in life. [Read the Full Article & Listen to the Radio Clips]

From the July 29th edition of The Washington … END_OF_DOCUMENT_TOKEN_TO_BE_REPLACED

From the July 22, 2019 edition of the New York … END_OF_DOCUMENT_TOKEN_TO_BE_REPLACED

The Center for Judicial Excellence has been … END_OF_DOCUMENT_TOKEN_TO_BE_REPLACED