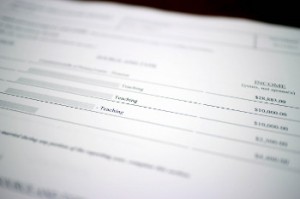 The arduous process—one distinguished, perversely, by paper trails in this digital age— yielded 257 (paper) reports. Only one judge’s report was not provided; the judiciary declined to comment on why.

The financial reports reveal a trove of individual details: judges who obtained free legal services or who were reimbursed for speaking engagements in distant lands, for example, and one who reported money earned from record sales and performance fees for a folk group he’s played with since the 1950s. [Click here to read the full article & view the reports]

Alabama police, with the help of DNA technology, … END_OF_DOCUMENT_TOKEN_TO_BE_REPLACED

(Murfreesboro, TN) We now have more details about … END_OF_DOCUMENT_TOKEN_TO_BE_REPLACED