You are here: Home / News / Are There Better Ways of Handling Child Custody Cases in Connecticut? 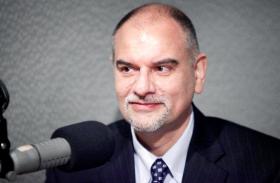 There’s growing tension in Connecticut between parents and guardian ad litem lawyers or GALs, who are appointed to represent minor children in child custody cases.

The lawyers have been criticized for charging high fees for their services without any oversight. Some critics have even said they are almost all family law attorneys who have an incentive to keep the cases going. Earlier this month, the Connecticut Law Tribune reported that dozens of GALs withdrew their appointments when faced with increasingly angry attacks against them. One GAL wrote back saying that the job is a thankless one and not a cash cow.

But changes to the system may be on the way. [Read Full Article]

Alabama police, with the help of DNA technology, … END_OF_DOCUMENT_TOKEN_TO_BE_REPLACED

(Murfreesboro, TN) We now have more details about … END_OF_DOCUMENT_TOKEN_TO_BE_REPLACED