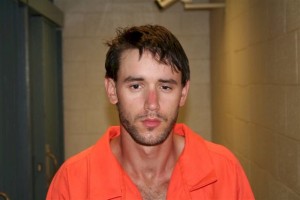 For most of Joshua Komisarjevsky’s life, he had been a career criminal. Yet in May of 2007, the newly paroled Komisarjevsky strolled into New Britain Family Court wearing a GPS monitoring bracelet and obtained sole custody of his 5-year old child with the help of Connecticut’s Department of Corrections. Two months later, Komisarjevsky was arrested for his part in brutal triple slayings of Hayley Petit, 17, Michaela Petit, 11, and their mother, Jennifer Petit.

The State of Connecticut was aware that Komisarjevsky had targeted the girls in his own family for years. The State not only failed to press criminal charges against him before he became one of the most infamous killers in Connecticut history, it also handed him custody of his daughter. [Read Full Article]

Alabama police, with the help of DNA technology, … END_OF_DOCUMENT_TOKEN_TO_BE_REPLACED

(Murfreesboro, TN) We now have more details about … END_OF_DOCUMENT_TOKEN_TO_BE_REPLACED