You are here: Home / News / This Is How A Domestic Violence Victim Falls Through The Cracks

A series on Domestic Violence from The Huffington Post 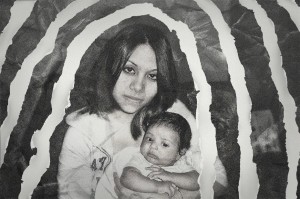 Berryville, Arkansas — Two days before she died, Laura Aceves stood on the side of the road and frantically dialed the police for the last time.

It was early afternoon and the 21-year-old had finished her shift at the Berryville Tyson Foods plant, where she worked on an assembly line deboning chicken. Moments after pulling out of the parking lot, her car broke down. At the nearest service station, a mechanic identified the problem: Someone had poured bleach in her gas tank.

Laura knew who was responsible. Her abusive ex-boyfriend, Victor Acuna-Sanchez, was out on bail and had a history of destroying her stuff. “No one else would have done this,” she told police. [Read the Full Article]

A seven-year-old boy has died after being … END_OF_DOCUMENT_TOKEN_TO_BE_REPLACED

Alabama police, with the help of DNA technology, … END_OF_DOCUMENT_TOKEN_TO_BE_REPLACED

(Murfreesboro, TN) We now have more details about … END_OF_DOCUMENT_TOKEN_TO_BE_REPLACED